Ethan Hawke and Emma Watson are stunning in the meticulously paced psychological thriller from 2015, Regression. Concerning a detective, Bruce Kenner (Hawke), whose investigation into the rape of a young lady, Angela Gray (Watson), begins to unravel proof of a cult of satanists, the R- rated feature is moody, subtle and effectively downplayed. Writer and director Alejandro Amenabar offers a cerebral, character-oriented screenplay. It is one that is consistently engaging. Likewise, it is adorned in credible characterization and dialogue. This is until the flat, underwhelming finale. From the last act forward, much of the anticipation of greatness beautifully built-up beforehand is quickly deflated.

Amenabar, whose last horror venture was 2001’s The Others, offers taut, incredible direction. It is full of mesmerizing and striking imagery. Moreover, Amenabar builds suspense slowly and with an organic realism. This gives the one hundred and six minute effort a sophisticated, old-fashioned sensibility.

Such an attribute is so strong that even the familiarity of the sparsely utilized terror clichés assembled throughout feel spine-tingly intense and new. The dream-like sequences and its faux variants, another commonplace trope in fear cinema, are handled disturbingly well. These elements, as well as much of the tone of Amenabar’s latest, call to mind Roman Polanski’s 1968 masterpiece, Rosemary’s Baby. Such is most obvious in their proficient design.

The piece, released through The Weinstein Company, is further complimented by gorgeously gothic atmosphere by Daniel Aranyo. Carolina Martinez Urbina’s editing, Elinor Rose Galbraith’s art direction and Roque Banos’ music are all equally impressive. The special and visual effects are wisely minimalistic, as is the endeavor as a whole. To its credit, these elements are also terrifically done. Moreover, the sound and make-up department, as well as Sonia Grande’s costume design and Friday Myer’s set decoration, are spectacular.

With The Spierig Brothers’ Daybreak from 2009, Scott Derickson’s Sinister from 2012 and James DeMonaco’s The Purge from 2013, Hawke is fashioning himself as a trustworthy name for horror. The same can be said for Amenabar and high-quality dread laced genre offerings. Though the concluding ‘twist’ is as obvious here as it was in The Others, and the he turns to the well of the tried and true a bit too often, his talent outshines these minor shortcomings. The result is a top-notch exertion that is certainly worth a watch. This is true for both the seasoned terror vet as well as those of us who enjoy well-made, haunting cinema of any genre. Especially one, such as this, which is refreshingly mature in both attitude and construction. 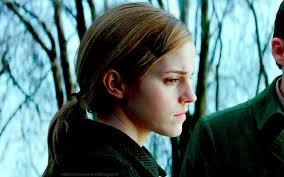