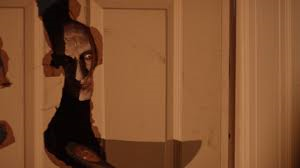 It has been nearly thirty-nine years since Jay Anson’s #1 best-seller, The Amityville Horror, first captivated audiences with its initial September 13th, 1977 release. In much the same vein, the original, same titled entry in the cinematic series, spawned by Anson’s endlessly fascinating and re-readable tome, has just celebrated its thirty-seventh anniversary. On July 27th, 1979, director Stuart Rosenberg and screenwriter Sandor Stern gave us a faithful, now classic adaptation of Anson’s supposedly true haunted house saga. As time accrued, various theatrical and straight to video sequels, one blasphemously awful remake in 2005 and uncountable documentaries appeared later on. The most notable of which was My Amityville Horror, which starred Daniel Lutz himself, from 2012. What started with George and Kathleen Lutz’s 28 day combat with the ethereal, and ran from December 18th of 1975 to January 14th of 1976, is still an unwavering pop culture phenomenon.

Recently, the purportedly evil Dutch Colonial house located at 112 Ocean Avenue formed the backdrop of the opening sequence of writer and director James Wan’s brilliant follow-up, The Conjuring 2 (2016). In the aforementioned span, there has also been a number of low-budget items cashing in on the Amityville name. This is often with little or no relationship to the source material. Nonsensical, derivative features such as Amityville: Vanishing Point (2016), as well as the deplorable The Amityville Playhouse (2015), used the name of the town in Long Beach, New York as its only remarkable selling point. The Amityville Legacy (2016) was equally insipid. Nevertheless, it attempted to join itself, via a cursed antique toy monkey, to the preface of the primary narrative. At least the Dustin Ferguson and Mike Johnson directed and penned exertion had the good sense to incorporate a creative concept. Most importantly, it only lasted a meager sixty-six minutes.

Among this seemingly unyielding wave of related monikers is the August 2nd unveiled The Amityville Terror (2016). Luckily, this induction shares more of the hallmark qualities of the former than the latter. By simply doing so, it towers above its varied competition. This is, simply, because it possesses more of the sense of old-fashioned horror movie fun which made the inceptive Amityville pictures so memorable than the bulk of its predecessors. This is even if, in its brisk eighty-four minute duration, there is hardly anything here that the most timid genre fan would honestly assess as ‘new’ or ‘genuinely terrifying’. However, the tepid shocks are smartly fashioned. Even wiser is its restraint. This is especially visible in its minimalistic use of the, sadly, all too common jump scare tactic.

Regardless, the composition offers standard, plot serving archetypes. The same criticism can be liberally applied to the dialogue and routine situations. But, these are, for the most part, likably and believably delivered. There is a smooth authenticity here. It earns extra points, at least for this nostalgia admiring fright addict, in its ability to parallel itself so stalwartly to the overall feel of a garden variety terror flick from twenty to thirty years ago.

With a reported budget of $500,000, the AZ Films Studios, Uncork’d Entertainment, Master Key and Marquis Productions undertaking focuses in on a family moving to a new home. In an arc cut from almost any other modern day tale of this ilk, the kin all too gradually finds out that a malicious spirit is attached to and refusing to leave the residence without a fight. With this rises the inevitable sequences of the well-concealed information of the violent past. All of this is done in as much of a carbon copy modus as you would expect. This time around, the unknown tragedy involves a youth named Jimmie Oberest. It becomes known that he once drowned his baby sister in a tub of acid. But, as can be surmised long beforehand, this pivotal data comes when the presence inside the Amityville home is at its most menacing and inescapable. Soon our antagonists find out that the townspeople are also untrustworthy themselves. They want to keep the once close-knit ancestry there for their own mysterious reasons. It’s a thin account. But, it is just enough to keep us enthralled while getting us from one wraithlike incident to another. This is true even considering the familiarity of all the ingredients at play.

In retrospect, the whole fiction itself traces in its own way around what transpired in The Amityville Horror. There is a quick build-up of supernatural events in the first act. We are intriguingly thrown into the middle of a paranormal manifestation when the labor commences. This is mixed with the human focus in the mid-section. All of this makes these previously stated components all the more evident. Such actions, simultaneously, creates a pace that starts out intriguingly. The opus as a whole is often sluggish. This is a common impression director Michael Angelo and screenwriter Amanda Barton hand their spectators. This is before the energetic, satisfactory climax of the photoplay. It is an odd, but not entirely unpleasant, way of structuring the composition.

Also augmenting the connection to the initial account, is the murderous backstory. We are also witness to the father, this time named Mike (in an authentic, intriguing and rounded performance by Bobby Emprechtinger), and his slowly diminishing grasp on reality. This draws a continued equivalence to both the Amityville franchise and the ardent tropes of similarly nail-biting exhibitions of celluloid. Such a comparison also provides us with an intriguingly orchestrated death at nearly an hour. This also is a product arising from Mike’s increasingly unbalanced condition.

The tone is also more competently issued and serious than most current Amityville endeavors. Further assisting matters is that there are also slight nods to Stanley Kubrick’s epic adaptation of Stephen King’s The Shining (1980). This gravitates during an early happenstance involving a bath tub. Correspondingly, there is an equally obvious collation to be drawn from a smirk-inducing moment where a demonic face peers through a fractured door. Such occurs within the amusing and engaging final twenty minutes. These slight winks at its spectators undoubtedly heightens the enjoyable nature of the material. This climactic segment also calls to mind Sam Raimi’s splatter masterpiece, The Evil Dead (1981). Such is observable in its impressive, 80’s appropriate effects. These are courtesy of Frederique Barrera. It is also exhibited in the general sense of chaos in this section.

Angelo and Barton’s exertion, both of whom arrange skillful but indecipherable work in their separate departments, lingers a beat too long on the character-oriented emphasis of the middle forty-five minutes. This is while giving us exposition, such as an all too tired and Young Adult genre worthy flirtatious friendship between our heroine, Hailey (Nicole Tompkins in a wonderful, vulnerable enactment) and Brett (Trevor Stines in an exceptional depiction). This section can easily be deemed as commonplace as the leads themselves. Yet, there is undoubted chemistry among Tompkins and Stines. It certainly elevates the frequent scenes they are in together. More than anything, it amends us, amid an otherwise non-relatable gathering, someone to frankly care and root for.

This inclusion also instills a nice balance between the human and the spectral. Even though there is nothing new about those we encounter on-screen, the aforesaid personalities come off as well fleshed out. They are entities that we know well. In turn, we find ourselves caring more than a little about. Needless to say, this is an absorbing, well-made watch. It is one which is, unfortunately, cut short by a concluding epilogue that stands as the most predictable aspect in Angelo and Barton’s arsenal. The final credits constituent, complete with newspapers proclaiming the horrifying matters that we learned of in the undergoing, is uniformly rote.

Scripter Barton is effectively creepy as Mike’s sister, Shae. Lai-Ling Bernstein as Jenny, Phillip Day as William and David Cranston, Cher Hubscher as Sally and Kim Nielsen as Jessica all exude phenomenal showcases in their respective roles. Likewise, Tony Kaye as the sexually obsessed Delilah, Priscilla Emprechtinger as Claire and Sarah Lieving as Mrs. Taylor fare just as well. They all round out a certainly capable cast of varied individuals. The variety of the small town dispositions herein never becomes uniquely molded. Yet, the talent behind them makes them both fresh and charismatic. Ultimately, this diverse nature evokes one of the strongest points herein.

Darren Morze’s music is atmospheric and solid all around. Michael S. Ojeda’s editing and cinematography is sharp and masterfully constructed. Larae Mychel and LaRae Wilson’s costume design is superb. These elements enhance the credibility at hand indefinitely. The sound and make-up departments offer splendid contributions to the quality of the piece. Stephen Krystek, who is credited with the poster art viewable above, does beautifully in his particular artistic field.

With Blumhouse Productions’ long delayed Amityville: The Awakening now scheduled for January of 2017 and other efforts such as Amityville High (2016) and Amityville: No Escape (2016) vowing for ticket buyers’ attention in the near future, it’s hard to tell if The Amityville Terror can hold its standing as one of the better, albeit non-cannon, installments in the on-going series. Despite this, I can state with certainty that this is a comfortably exhilarating popcorn venture. Though it may not merit multiple glances, it is well worth a look. It doesn’t come anywhere near the daring darkness of the criminally underrated sequel, Amityville II: The Possession (1982). Also, the movie is not as rampant with its mystic goings on as Amityville: It’s About Time (1992). Yet, it remains a welcome addition to the cycle. The result is a minor, but charming foray into subtle trepidation. It is strengthened by its ardor for, as well as the manner in which it embraces and makes the most of, its B-show trappings. For someone who whose personal interest is immediately thwarted to any ghostly account the trusted Amityville name, this is more than reason enough to recommend what Angelo and Barton have erected. 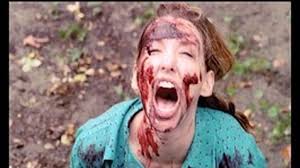