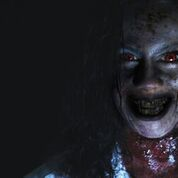 Ghosts of Darkness (2017), the third full-length feature from writer-director David Ryan Keith, assembles many familiar ingredients into a remarkably enjoyable package. For example, the splendidly and authentically developed characterizations. They oversee the oft-utilized incorporation of a skeptic of the supernatural. We find him in the slightly cynical Jack Donovan (in a terrific performance from Michael Koltes). He is being paired with a psychic and fervent believer in such phenomena, Jonathan Blazer (in a deliberately old-fashioned, entertaining depiction from Paul Flannery which draws an unmistakable resemblance to the many roles of Hollywood actor Johnny Depp). Even the plot follows this tried and true suit. It details Donovan and Blazer being paid $50,000 each. Such is a reward to be issued once they have successfully spent three nights in a home with a history of violence. More particularly, an abode plagued by a one-hundred-year old puzzle. Such an enigma has frequently fired off reported incidents of the paranormal. Donovan and Blazer are being asked to do this in an admitted “publicity stunt”. It is being implemented to make the locals believe there is nothing to these ghoulish rumors. In turn, the hope is to dispel the spectral stigma which hangs over the residence. Soon one of the two unveils his own intentions with his time in the estate. The impression caused by such a revelation is also much in this time-tested vain.

Moreover, the piece, which never overstays its welcome at a brisk eighty-two minutes in length, is structured and paced via Keith’s otherwise solid screenplay in a manner we have come to expect. This is with the gradual development of its on-screen personas and their motivations. Such is combined with a slow build-up of unsettling events in the first half. These unnatural circumstances grow at a rapid clip through the midway point. This predictably accrues until the rousing, twenty-minute long climax. All the while the emotional and professional stakes rise for our heroes. This is particularly accurate for Donovan. Such arises as he becomes plagued by nightmarish visions of his wife, Rebecca (in a representation by Lisa Livingstone that is powerful and immediately commanding), slitting her wrists. Such results in several well-staged sequences of fright. All of which revolve around these circumstances. These episodes commence at thirty-one minutes into the arrangement. This is as the ethereal menace surrounding the two reaches a zenith. 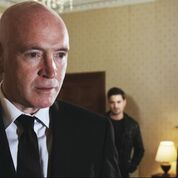 Despite the over acquaintance of these items, as well as the myriad yarns of cinematic ghost hunters that have been hitting screens with increasing intensity over the years, this still endures as a purely fun ghost story. It is also confident, beautifully fashioned and disarmingly side-splitting at times. Many of these witty flashes of laughter arrive early on through the credibly penned dialogue Keith has given Blazer. Yet, every issuance of these elements never feels forced. Instead these items convey the traits of Flannery’s embodiment of Blazer spectacularly. In turn, such enriches both the individual and the scene such a winning factor is presented within. Further helping matters is the integration of other conversant manifestations. Evidence of this rests in a quick sight glimpsed at the thirty-seven-minute mark. In this instance a swarm of flies buzz in a large cluster before a window. This is in a way that instantly calls to mind Stuart Rosenberg’s classic adaptation of Jay Anson’s best-seller The Amityville Horror (1979).

The first act is the most promising and captivating section in the photoplay. Still, it is noteworthy that Keith doesn’t overindulge in the largely convincing special effects of the labor, courtesy of Martin Fernandez Motion Design & VFX, in its further along portions. This is as so many pictures of this ilk are apt to do. When Keith does so, he bestows such acquainted turns as the door which gradually and inexplicably unveils by itself. Such ensues at twenty-two minutes into the exercise. Yet, when implemented through Keith’s sophisticated, elegant and claustrophobic direction the incident comes off as astonishingly fresh and new. This is true even if the film never tops the gothic atmosphere, imagination and successful execution of terror found in its commencing five and a half minutes. Regardless, Keith sustains an unblemished tone of the ominous throughout the exertion.

Such is a grand courtesy of Niall Mathewson’s alluring, pulse-pounding and appropriately chill-inducing music. Additionally, Keith’s cinematography is sumptuous and assuredly pleasing to the eye. This attribute aligns itself to old-fashioned fright flicks superbly. Keith’s editing is similarly sharp and seamless. Ali Campbell, Matthew Cooper and Liam Matheson construct a proficient sound department. Adam Falconer, Michael Martin, Sean Smillie and Matheson offer terrific grip work. They create a camera and electrical team that is remarkable. As well, Leigh Butler’s special makeup effects are phenomenal. Together these cinematic donations augment the vast quality of the project immensely.

Additionally, the previously unmentioned cast contributes just as stalwartly. Steve Weston is memorable, enigmatic and instantly likable in his role as Donovan and Blazer’s cryptic boss, Mysterious Man. The early sequence he is in with our leads is among the most gripping and quietly entertaining in the entire venture. In this segment, Mysterious Man discusses the general details of his deal with Donovan and Blazer. This is while simultaneously introducing them to the eerie abode the duo will make a temporary habitat. Matheson’s portrayal of Big Beard, Morgan Faith Keith as Sarah Johnson and Cameron Mowat as Mike Johnson are also terrific in their brief turns. Lindsay Cromar as a shotgun victim and Lisa Cameron as Laura Johnson are also excellent. The result is an all-around triumph.

This Uncork’d Entertainment distribution and Clear Focus Movies co-production, aspires to be among the likes of Peter Jackson’s The Frighteners (1996) and Ivan Reitman’s seminal Ghostbusters (1984). Though it doesn’t have the high level of inventiveness visible in these aforesaid configurations, Keith has provided spectators with a wonderful example of how well horror can blend with slyly dispensed doses of slight humor. Correspondingly, the residence where Keith has set his fiction is superb. It reinforces the classically creepy veneer overseen in its gothic terror tone masterfully. Even if the endeavor is never overly terrifying, the scares are credibly erected. They are also largely organic to the turns of the narrative. In so doing, these events are uncommonly placed into the film simply as a quick jolt to temporarily service bystanders. Such is certainly admirable. It is also much the rare find nowadays. The outcome of these admirable details is a genre entry I highly recommend seeking out. You can do so when Ghosts of Darkness hits video on demand on March 7th, 2017. 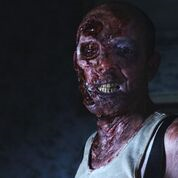