Writer-director Christopher Di Nunzio’s four minute and forty-three second short film, “Kinnari” (2016), is a powerful, gripping and abstractly eloquent meditation on the harsh, yet wondrous, journey of life into death. The latter of which is occasionally referred to throughout the affair itself as “the great nothingness”. Di Nunzio’s composition is just as adamantly concerned with how the boundaries of these two oft addressed subjects intermingle. It is as apt to ponder how these opening and closing portions of our being are frequently blurred. This is especially true when spied through a retrospective lens. Particularly, the viewpoint of a man who may be mentally peering at such sights amid his final moments. Such is illustrated as a dream-like trek to enlightenment. This overtakes the bulk of the narrative. It is sewn with a plethora of poetic wisdoms and long pined over inquiries. In turn, Di Nunzio provides an adventure of self-discovery. It is one which is steered by time cemented perspective and experience. A knowingly anti-corporate and media outlook, the basis of an enthralling monologue around the one minute mark, pushes such perceptions to tremendous effect. This emanates intriguingly from our ruggedly engaging narrator and lead, David (in a brilliant, unflinching and always watchable enactment from David Graziano). These traits he has acquired during his singular voyage through the planes of existence.

Such is perpetuated by a fateful meeting. This takes place in a stark and gorgeously realized instance near the mid-way point. It involves the rediscovery of the title entity (in a portrayal by Jamie Joshi which is quietly striking and consistently mesmerizing). She is the crucial persona in David’s illumination. Her name also shares that of a topically proper noun, largely used to describe a half-human and half-horse or half-bird hybrid, in Buddhist mythology. This is of an archetypical lover. Such is consistent with the story Di Nunzio paints. The same can be articulated for the paradigms that are encountered upon her arrival. 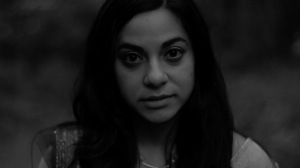 Our hero describes her as a “goddess”. In a manner befitting to such consecrated figures, David moves with Kinnari through a surreal landscape. These are a collection of beautifully structured, yet appropriately earthly, set-ups. They all hypnotically personify the stages of David’s physical span. As she pulls him deeper into this realm, the sum becomes progressively complex, abstract and cerebral. A staggeringly staged, near-climactic arrangement oversees David shadowing Kinnari up a winding, ostensibly endless flight of steps. Such personifies both the photographic and demonstrative core of the entire effort.

Additionally, there is a character to audience discourse which builds the foundation of the project. Such is triumphantly carried on throughout. This is a whispery, yet friendly, source of personal development. It victoriously aids in conveying a well-rounded glimpse into the inner-workings of our protagonist. Such heightens the intimacy, honesty and profundity at hand immensely. 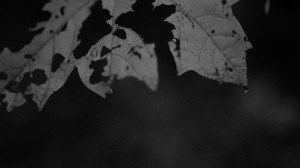 Likewise, this fascinating plotline is given meticulous, pensive craftsmanship. Such is via Di Nunzio’s smartly paced screenplay (supervised by Christine Perla). His dialogue cracks with ingenuity, credibility and mature observations. It is also remarkably introspective. All the while, it comes across as deceptively casual. Such is much in the way of a stream of spoken conscious. Given the general format of the article, this approach is undeniably operative. This stands as an obvious signpost of Di Nunzio’s outstanding capacity for authorship. It is just as much a marker of recognition for the natural relatability inherent in Graziano’s outstanding delivery of his interchanges. Such qualities align themselves in the spectacular custom Di Nunzio displayed with the modern noir, A Life Not to Follow (2015). It was also at the at the forefront of his avant-garde horror invention Delusion (2016). In both cases, Di Nunzio scripted as well as served as administrator.

Much in line with these prior presentations, the story is smartly and smoothly paced. It is guided by Di Nunzio’s Lynchian sensibility for haunting, yet memorable and alluring, imagery. Correspondingly, the entirety of the exertion is slickly designed. This is so easily evident that even early, close-up shots of David’s coffee seem to be a mirror image of the bleak places in his soul. There are other relatively commonplace segments, such as a bit involving David walking on a presumably abandoned train track with a brick wall of graffiti looming closely behind him, that appear just as much like a grim visage. Such aspects appear as if they are taken directly from a waking nightmare. This is only amplified by Di Nunzio’s masterful framing. Such fashions an undeniably arresting style. It is one which makes the labor even more immersive and remarkable.

Such appeal is also punctuated by Di Nunzio’s seamless editing. His gently used, yet incredibly melodic and mood-setting, music also aids this factor outstandingly. Similarly, Nolan Yee’s cinematography, offered in the standard 16:9 HD aspect ratio, is somberly atmospheric. It is also elegant and thematically apt. Christopher Hallock’s astonishing assistant camera contribution is fabulous. Such augments the phenomenal nature of Di Nunzio’s expertly staged sequences. This is in terms of their stark believability and dazzlingly skillful construction. The culmination of these attributes make the sheer artistry which resonates through every frame of this Somerville, Massachusetts recorded drama increasingly palpable.

Di Nunzio issues a somber, intellectual tone that never once wavers throughout the duration. What establishes this atmosphere so immediately is the implementation of a monochrome title card. It is held on-screen for seven seconds. A single, thunderous chord is distantly heard in the background. The simplicity of this arrangement is the first of the many wise decisions and courageous moves Di Nunzio orchestrates. The final credits scene, proceeded by David’s harrowing realization that “Only me and beauty exist”, succeeds in the same arenas as those discussed above. These two sections evoke perfect bookends for the tale this item uncompromisingly and attractively tells. Moreover, Di Nunzio has an instinctive knack for what is to be glimpsed as well as left away from the eyes of onlookers. Such makes the proceedings progressively captivating. It is also proficient and enigmatic. The outcome of which makes the chain of events as unpredictable as they are perpetually enchanting.

Such creates an arc for that account which is impeccable. It is akin to a cinematic puzzle. Di Nunzio has gifted his spectators with a tour de force on all fronts. This Creepy Kid Productions release soars as an exhibition of temperament, moving picture bravura and intellectual yarn-spinning. It is also a standout performance piece for Di Nunzio’s recurrent collaborator, Graziano, as well as newcomer Joshi. Di Nunzio’s latest further astounds with the questions it poses as well as the answers it commands us to form. This is a rare work of celluloid prowess. It is one that will unveil new wonders and insights with each accruing sit through. Di Nunzio has formed an absolute bulls-eye; one of the best configurations of its type I have witnessed all year.